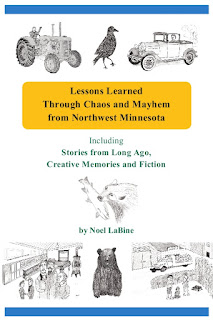 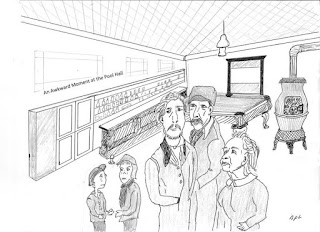 When we are very young, we inadvertently learn things. Often the memories of those lessons remain buried for years, until we suddenly recall them.

Vi was a strong-willed, hard-working woman, who sadly became a widow in her middle years. Her husband had purchased the local pool hall that she continued to run after his death. The locals called it “the Pool Hall” or “Vi’s Office.” Vi had black hair with a few gray hairs swirling about, and always looked old to me, from the time I first met her in the 1950s until she died in 1985.

The building was constructed in the 1880s out of wood, and was basically one room: 70 feet long by 30 feet wide with a 12 foot ceiling under an attic that was used for storage. Along the left side, as you entered from Main Street, was a long wooden bar with a large back-bar mirror. Two pool tables were in the back near a men’s room, which had been added on next to the back door. In the winter, wood was stacked along the inside back wall. The smell of tobacco juice, smoke, beer, and workman’s clothing stained with sweat, cattle manure, and grease accented the air. In cold weather, wood burning in a potbellied stove, in the middle of the room, gave off a wonderful aroma that masked some of the unpleasant smells. Old men dominated a couple of round oak tables in the front of the room, a comfortable distance from the stove, where they sat and played cards in the afternoons.

Vi would often be found playing cards with the old men. Sometimes she would work behind the bar. If customers wanted to order a beverage or food item, they would most often have to wait until a card hand was played. Then Vi would stand up from the card game to service her customers.

During the day and into the evening, younger men would play pool in the back or start a card game of their own. There were two pool tables. One had a newer, good quality covering, on which only adults could play. Teenage boys were allowed to use the other one, which had an older felt top that was patched and stained.

If you needed to use the one and only rest room, you made quick business of it. It was basically a trough. The wash basin, covered with brown stains, allowed a small amount of original white enamel to peak through. It only ran cold water and had a bar of homemade soap sitting in a grimy puddle of dirty water on its ledge. There were no towels or any drying appliance, causing the men to wipe their hands dry on their shirts or coats. That is, if they washed their hands at all. The restroom looked like it hadn’t been cleaned or painted in decades. There was a coverless stool that apparently worked, but was seldom, if ever used. Vi was the only woman who ever used the men’s room. When she was in the restroom, the men were respectful, allowing her privacy.

My first experience in Vi’s Pool Hall was when I was six years old. It was the spring of the year and the school bus driver decided that he wasn’t venturing to our part of the prairie, because the roads were too muddy. He dropped some of the kids off at grandparents’ homes in town or made other arrangements with their parents. Our grandparents were away on a trip, and the bus driver told us he had spoken with our mother, and that our father would pick us up at the Pool Hall. I was accompanied by my older sister, Barbara, who was one year older than I. As we stepped into the place we had barely cleared the door that closed promptly behind us, when we stopped dead in our tracks. We were suddenly in this strange room with the faces of numerous old men and Vi staring at us.

With a voice something like the Wicked Witch of the East, Vi immediately cackled, “Who are you looking for?”

We meekly answered, “Our Dad.”

“Who’s your dad?” Vi inquired in a stern tone.

I stammered out, "Buster," because that was the only name I heard other people call Dad. One of the men knew who my father was and who we were. By this time, we were in tears. We had been dumped off at a strange place with even stranger people, and we had no idea why our dad wasn't there. As our first tears dropped, three men rushed up to comfort us. I could see the cattle manure on one of the men's boots. They wore old coats and funny hats with ear flaps. Their exterior was rough but they talked pleasantly and bought us candy. We received a bag of jelly beans, a bag of licorice, and a taffy candy bar causing us to immediately stop crying.

We had sampled all of our treats by the time Dad finally showed up. We were very relieved to see him, and to me and my sister, he was the best looking adult in the hall.

Lesson Learned: Someone doesn't have to be well-dressed and smell good to have a kind and caring heart.

Over forty short stories of ancestral memories and real life experiences from a descendant of farmers in the Red River Valley of Northwest Minnesota. By reliving his 1950-70s adventures, Noel creates a panorama of what Northwest Minnesota culture was like during that era. Both hilarious and serious these stories set us up for accepting our own frailties and personal experiences.


"Like the model set by Bill Holm, in telling tales of Southwestern Minnesota, Noel Labine in this collection of autobiographical essays and pictures with lessons learned, has illustrated the same for life in rural northwestern Minnesota. He has mined his personal life as a child and young adult in short, easy to read, vignettes that contain both humor and principles to live by."
Melvin Aanerud – is a retired business manager and federal government official who is now an author, performer and community activist.

“I Love Noel’s hysterically humorous historical stories. Noel’s rendition of simple life experiences with a few bumps and bruises along the way also bring blessings and hope.” –Annemarie Eveland is the founder of Hurrah for Humans, LLC., which fosters education and publications that uplift and inspire the human spirit.

“Noel LaBine’s book: Lessons Learned Through Chaos and Mayhem from Northwestern Minnesota offers the reader a unique glimpse of the factors that shaped this popular Twin Cities Storyteller.  Noel’s collection of personal tales acquaints us with his French Canadian heritage, his Roman Catholic upbringing, and most significantly his roots in the farmland of the northern Red River Valley. By reading this book, we not only gain insight into the elements that contributed to Noel’s character but we also gain a much deeper understanding of rural culture in the upper Midwest during the last half on the twentieth century.”
Richard Rousseau, Actor, Storyteller.

“Each story in Noel Labine's Lessons Learned through Chaos and Mayhem calls me curiously to the next. It is hard to stop reading once I start. A delightful walk through a world of new experience; like going on an adventure! A pleasure to read. I am grateful for this treasure of insights." --Will Hale, award winning musician, Songwriter and Author of One Light, Many Reflections. 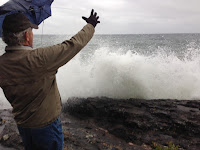 Noel LaBine is a resident of Andover, MN. Originally born in California, he was raised on a farm in northwest Minnesota where he helped his family raise cattle and horses. His experiences as an army scout in Viet Nam and his adventures in America upon his return provide the basis for the stories in his first book. His experiences working on a ranch in Montana also add to his material. Moreover, Noel’s experience living with Benedictine monks and his interest in oriental mysticism and Native American shamanism also contributed to the paranormal nature of the adventures in The Arizona Connection. 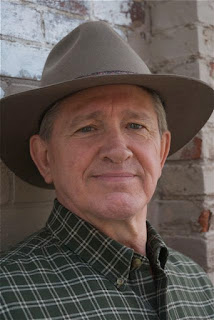